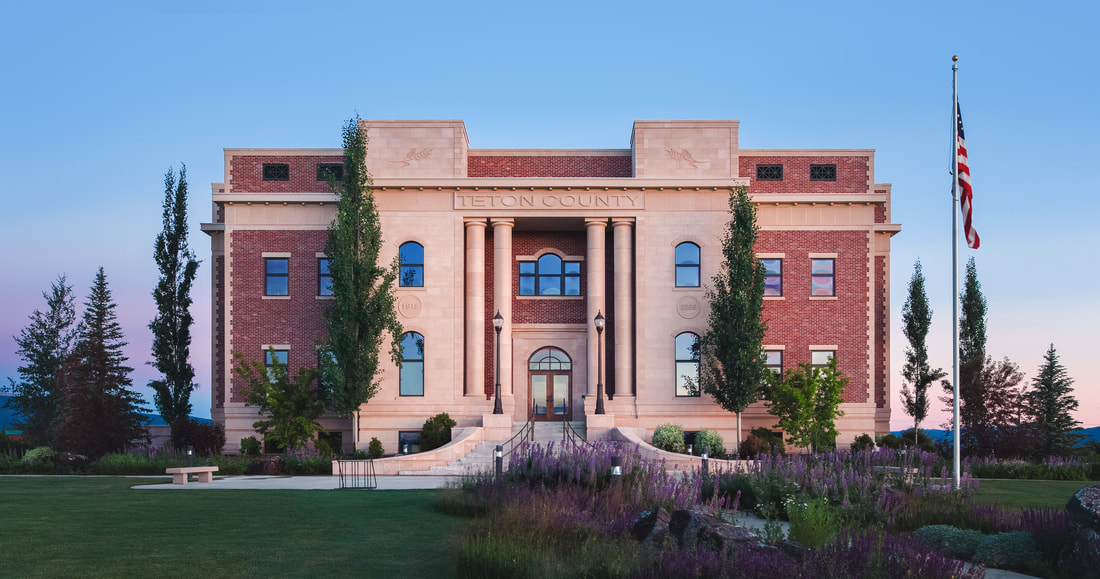 On the afternoon of July 6, the Teton Board of County Commissioners voted unanimously to adopt the new land development code and new zone map, after nearly ten years of stops and starts in the process of replacing the county's 30-year-old code regulating land use applications.

A week prior, the commissioners had listened to six hours of public comment for and against the proposed code. They decided to continue the meeting to this Wednesday in order to absorb the testimony of the community and deliberate in a more leisurely fashion.

Opponents of the code have said it will drive up property costs and exacerbate the housing crisis, and have expressed concern that it impacts their ability to subdivide their properties. Proponents have said it will curtail speculative development and protect the county's natural resources.

On Wednesday the commissioners spent around an hour and a half responding to some of the comments in opposition and discussing the intended goals of the new code.

“Does the market solve the housing crisis? The market has had quite a while to tackle the crisis and we’re up to our necks in it,” Commissioner Mike Whitfield said in response to concerns that the code would hinder affordable housing. “Please don’t tell me you want the uncontrolled opportunity to get rich off selling your property but at the same time you want affordable housing. Everyone has that issue—I want to be able to do what I want with my property, but I want you to protect my neighbor’s property.”

Whitfield noted that the new code encourages development in the cities where public infrastructure can support it. He acknowledged comments that the public had made about the struggles Victor and Driggs have had with wastewater treatment and water systems, but said he wants to see collaboration between the cities, public agencies, and county to find a more regional, cost-effective approach to drinking water and wastewater.

He added that well sampling from DEQ and Friends of the Teton River suggests that there are increasing levels of nitrates in the aquifer, particularly in areas of denser development, although not yet harmful levels. “The way to deal with that kind of issue is not to wait until it’s a crisis, not to wait until our aquifer is polluted, not to wait until the array of very dense subdivisions proposed have damaged our drinking water, polluted the water our trout spawn in, the whole gamut,” he said about the trend.

This June, after holding one last public hearing in order to make a formal recommendation on the proposed zoning map, the Teton County Planning & Zoning Commission voted 4-2 to recommend denial and asked the county commissioners to perform an economic impact study of the new zones. During the July 6 BOCC meeting, Commissioner Bob Heneage said it was not practical to do an economic impact study of the new code before passing it.

“The new code can and will be modified as need be over the next few years,” Heneage said. He added that the county has essentially seen a 30-year economic impact study on the current code, and said that the code has created an economy that is tightly connected to real estate cycles.

“When the real estate market is booming, Teton Valley is booming. When real estate takes a dive, Teton Valley has a major recession. For too long, three quarters of the valley’s workforce…is somehow involved directly or indirectly with the development cycle.” Heneage said, citing everyone from contractors to brokers to architects. “Because these professionals are all vulnerable to the fluctuations of the real estate cycle, we should make every effort to A: diversify the economy and B: move away from the old land development code that has helped create this situation.”

The commissioners decided to make a few small edits to the code; specifically, they changed the Rural Neighborhood zone in areas east of Driggs from 7.5 to five acres average density, and added detached accessory dwelling units as a limited use in the Foothills zones.

With those minor amendments, and acknowledging that consulting firm Logan Simpson still needs to correct some typos and errors in the text, the commissioners hammered out the motions and voted to approve the code and zone map. On July 11, the board approved the written decision that includes findings and conclusions.

In early August, two weeks after an ordinance summary is posted in the Teton Valley News, the new code will go into effect. Land use applications that are already being processed will be reviewed under the code that was in effect when they were submitted.